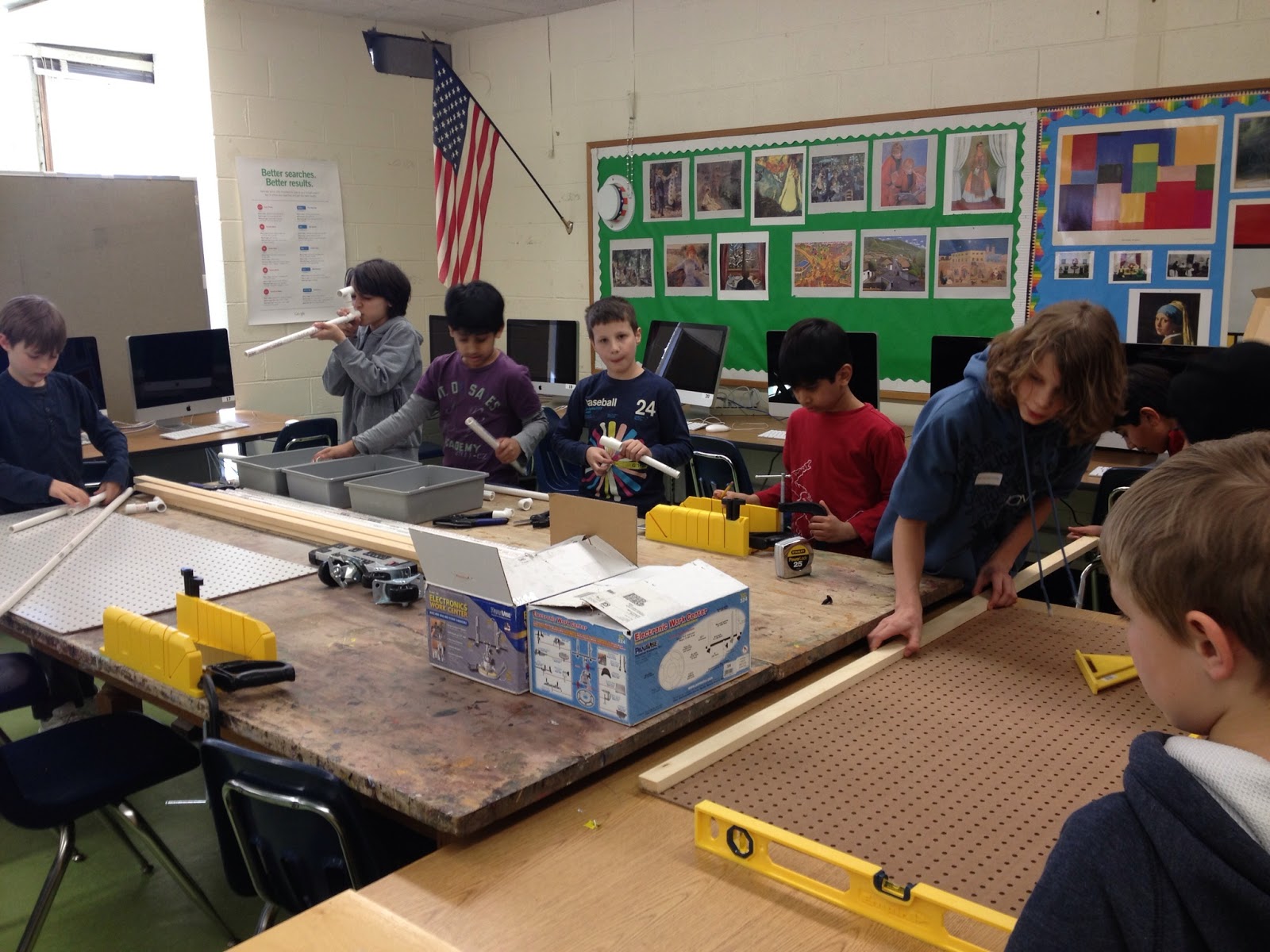 My colleague Peter McKenna started a Maker Space in his elementary school though our district’s unique and wonderful Innovation Grant process. His successes inspired a local movement to build spaces in each of our elementary schools. I set out to build a Space in my elementary school about three months ago and it’s been an interesting ride. The best part has been watching the excitement and curiosity of students in and around the space. I’m far from being an expert (did I mention that it’s been three months?) but I’ll share what I’ve done with the hopes that it could be helpful. This post is going to focus on the physical space.

Very few actually have a choice about their space. Basically, you work with what you have. You actually don’t even need a space. +Gary Stager has talked about using large storage bins to organize tools so that the maker space could go to the classroom instead of the classroom coming to the space.  For me, I was able to adapt a computer lab that is also a music room two days out of every six. I moved the computers to the perimeter of half the room and was able to find two large wooden tables to be workbenches in the center.

I was lucky to get discarded classroom furniture from Mr. Mike the custodian, including a number of shelving units.The room also has decent cabinets and a sink (big bonus.)

I’ve scrounged around for as much storage as possible but I’m already running out of places to put things.  Work space is also tight. The tables in the center are great, but some unused countertop would be nice. My big takeaways: get as much storage and counter space as you can. 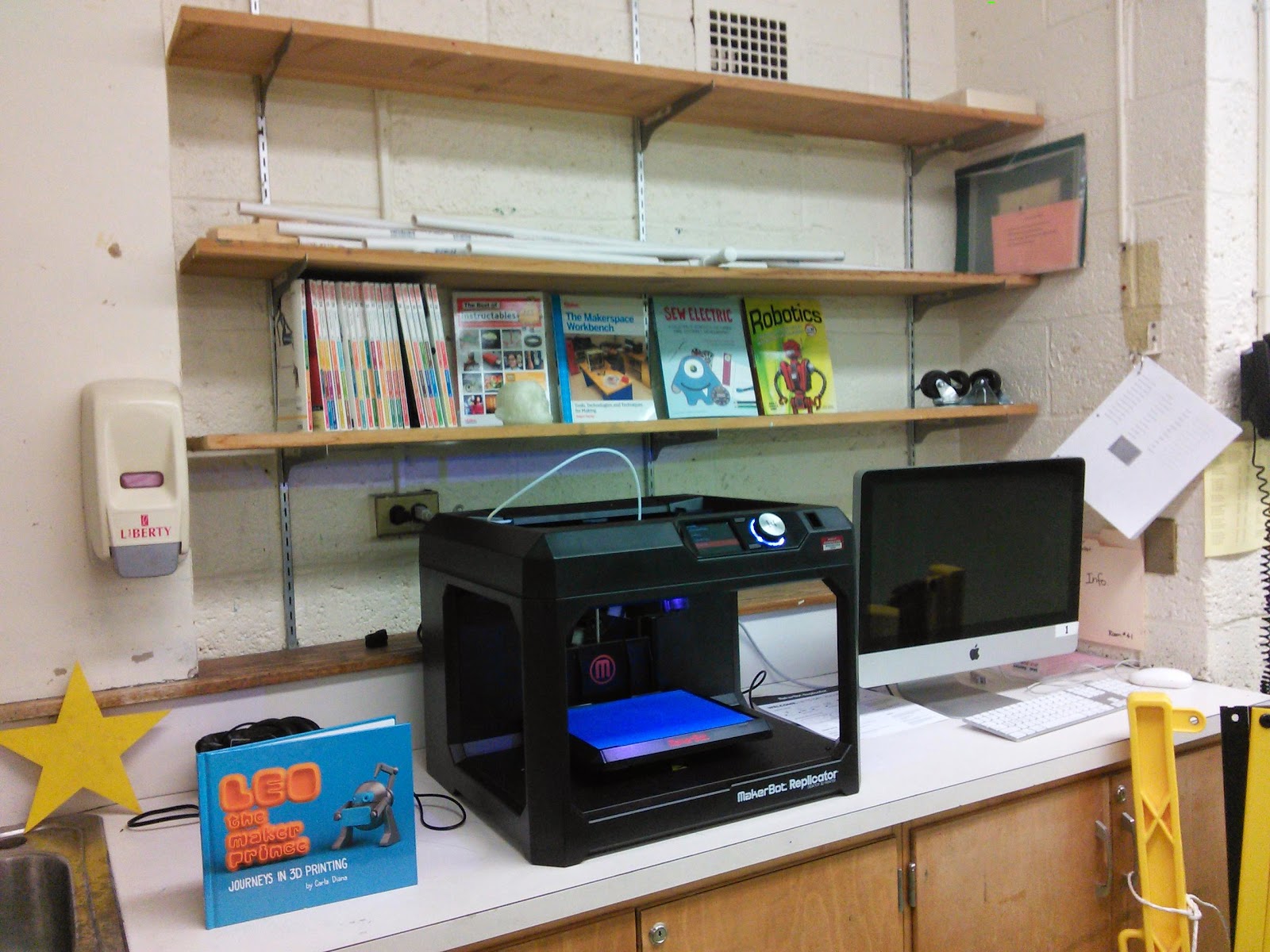 I’ve got a growing library to inspire teachers and students alike.  Some books, like the Make Component Encyclopedia and Make: Electronics are used during sessions. This is placed near the soldering station to identify components. Others are meant as idea references. I was able to get my hands on an old Make magazine collection and have subscribed for future issues. So far I’ve picked up the following books:

As you can tell by the library, I decided to lean towards an electronics/robotics space. I invested in several Make:it - Soldering Starter Kits and a bunch of breadboards and multimeters. Radio Shack had a killer deal on Panavise Circuit Board vises so I was able to get two of those. I have a variety of standard tools, hammers, screwdrivers, pliers, power drill and bits. I also have a number of clamps, measuring tapes, combination squares, and a vise. The most intense piece of equipment in my shop is a MakerBot Replicator 5th Generation 3D Printer. It’s new and I don’t have a lot of experience with it, but I’m excited to start printing robot chassis!

What is Going On Right Now 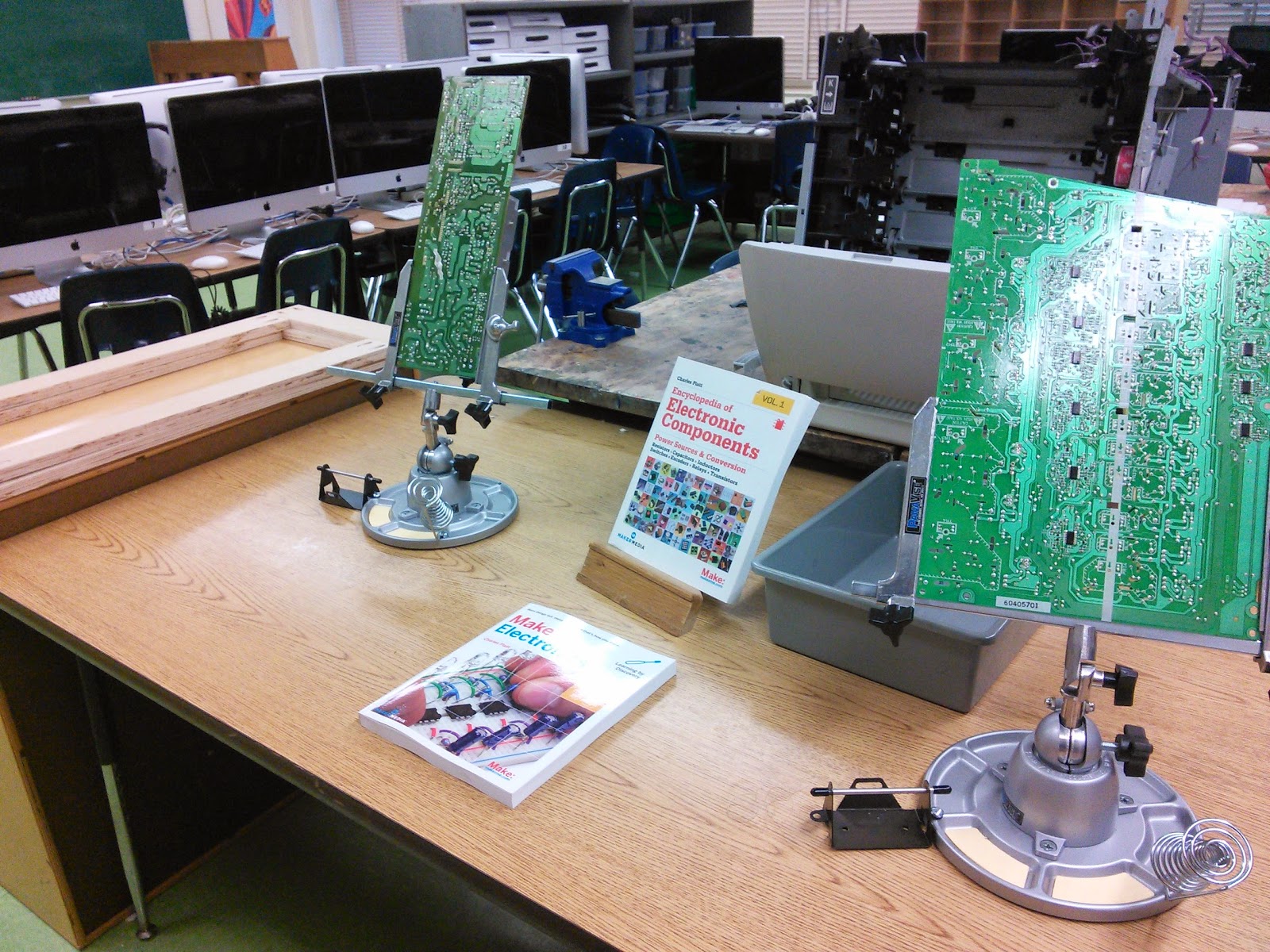 My maker club has several projects in the works.  Students are designing a laptop cart to house the refurbished Linux MacBooks. They are un-making a broken laser printer and working on their soldering skills by desoldering components from it’s salvaged circuit boards. In between projects, students are creating some Paper Craft. It's been a whirlwind three months made possible by supportive parents and amazing kids. I’m looking forward to blogging more about these projects in the future.